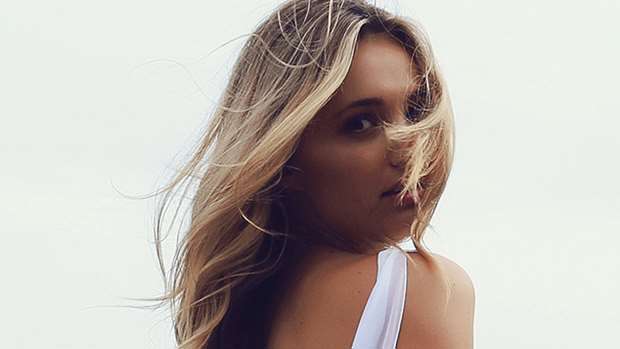 It's by Australian label Grace Loves Lace and is the most pinned dress on Pinterest with over 2.5 million posts.

It's called The Hollie and was designed by Gold Coast-based Megan Ziems, founder of Grace Loves Lace. If you're really sharp, you might know about the original Hollie, which debuted in 2013 and has since sold out. But in celebration of this social media occasion, Grace Loves Lace, which boasts Margot Robbie as a fan, has created an updated version, and called it the Hollie 2.0.

The dress is available in both white and ivory and you can buy it for $1,870 on graceloveslace.com.au. People who pinned the first version will recognise the spaghetti straps and lace. Additions to the dress include a lace detail on the shoulders as well as the "free-flowing silk chiffon sheaths" attached to the straps.

"The Hollie 2.0 also features a graduated centre-front split in the lace layer of the skirt," the brand's website notes.