SPOILER ALERT: This is about the episode of Celebrity Treasure Island that screened tonight, Sunday, September 1.

Oh, Matty, you island of misunderstood brilliance in a sea of very strong buffoons.

Yes, Matty McLean really isn't very happy with the captaincy of Babs Kendall and her plan to retain the Mercy Card for the brawn of Shane Cameron and Moses Mackay. Matty's got other strengths beyond physical strength dontchaknow. He has - because he told us. At no little length.

"We can't keep playing the game the way Barb wants to play the game because that will mean people like me, people like Athena sinking further and further to the bottom of this team purely because everyone's thinking about strength and physical strength at the moment.

"But there's so much more to this game than physical strength which is what annoys me so much.

"I think like I'm sometimes the only one that really thinks about how to actually play this game."

Things did settle down after some botched attempts to find some coup-laborators, but there were enough shots of Matty looking dejected and/or disgruntled to suggest there's legs in this one. 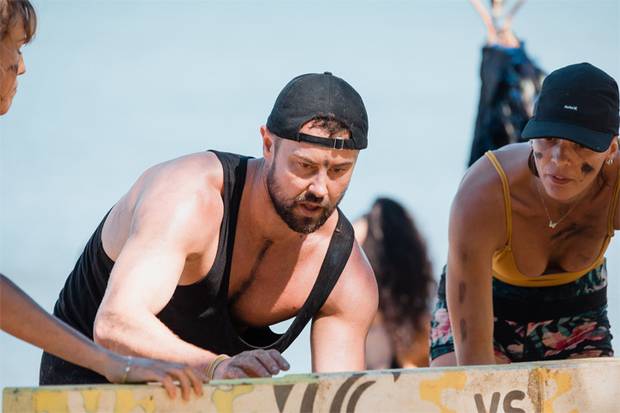 All of which may mean Hits host Sam Wallace vacating the role of Celebrity Treasure Island's public enemy number one.

Wallace, who copped it big-time after he admitted hoping Lily McManus wouldn't return from sick leave, was all smiles in tonight's episode, a team player who talked about more positive emotions.

He even looked sad when Lily was eliminated after a preposterous challenge involving bags of wooden cats that allowed co-host Matt Chisholm's commentary to go full WWE.

Tonight's ep started with Sam explaining how glad he was to win the air hockey elimination challenge last time out.

"The really cool thing about winning that challenge was that I know I'm not a dud. I know I can do good things and I know I can succeed at these kinds of challenges, I just haven't.

"So to finally get up there and prove myself, it's cool and it means that people might want me to stick around because up until that point I was no good to anyone, so it's cool and, all jokes aside, it means a lot in my little heart."

That was all cut to footage of team-mates fussing over his bonanza of bites. He even had two on his eyelid.

He gushed: "The vibe in camp is awesome. Our team has really come together." 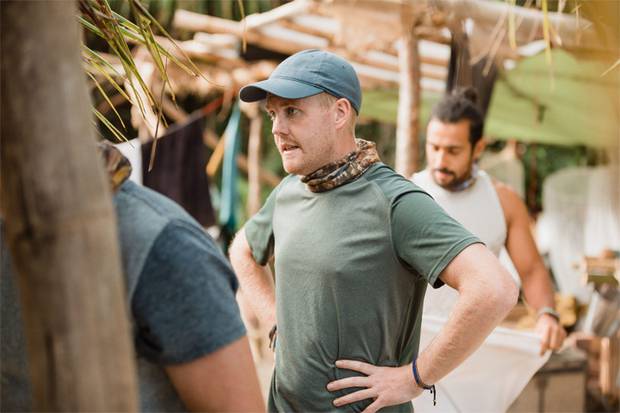 Cue shots of Matty looking really quite rueful as he considered Babs' stance on the Mercy Card, which can be used to overrule elimination.

He expressed his concerns to team-mates Athena Angelou and Moses himself.

"If you had the opportunity to become captain would you?" asked Athena.

"Yeah I would," replied Matty.

Athena: "And would you play it the same way as Barb?"

"I'd have to honestly really think about. I don't quite know how I would play it."

His search for allies was fruitless.

When Matty asked Athena what she thought about Babs' plan for the Mercy Card, she said she would do the same - save Moses and Shane.

Moses was in the same conversation - and he wasn't going to be a turkey voting for Christmas.

So next Matty hit up Shane (not literally, of course).

"We've had Barb as our captain for almost a week now and she hasn't had the power to put people up for slim once," said Matty. "It's so ridiculous that we're in this situation, it shouldn't be this way. We've got a really strong team there's absolutely no way we should be living this many challenges."

Shane said he was happy with Babs.

"It all depends how much you want to drain yourself by thinking about it," he advised Matty.

Quite a lot it seems.

To be fair Matty did tackle Babs: "I would kick myself if didn't have a conversation with you about the Mercy Card. Please at least consider that my strength might not be the same as Moses and Shane but I have strength in other areas."

And then a hug.

"Every day in the game is precious to me and every day is getting me one step closer to that end goal which is winning this whole thing I want to win so badly," said Matty to camera.

"I'm just terrified that I'm going to go home because of these people who don't understand this game like I do. It's just hard, this game's really hard." 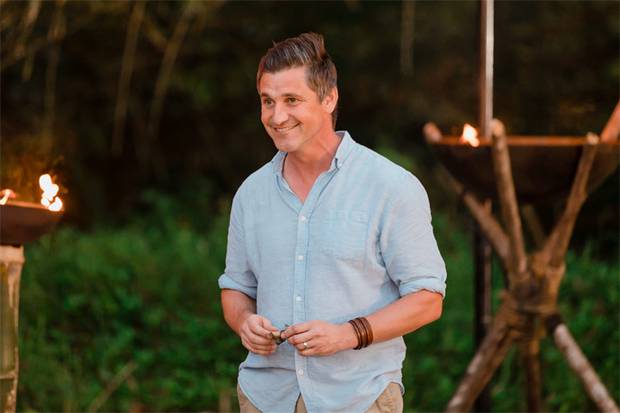 He could do worse than an alliance with Gary Freeman. Because Gary, chosen to compete in the elimination challenge against Lily, smashed it, by not doing that much. Smart strategy.

After showing surprising balance on a beam and telling Matt "THIS IS INTENSE" Chisholm to shut up (great call!), the league legend built his tower of wooden cats to a certain point then stopped in case it fell over. Lily tried to go higher. Her tower fell - a split second after Matt screamed "3-2-1-HALT".

But Matty may have an issue with Gary's character.

In the wake of Team Mako losing the almost incomprehensible puzzle challenge, Matty (who sat it out "feeling really frustrated") got cross with Gary when he didn't go all gutted.

Matty: "I'm just having a low moment. Sorry Gary I didn't mean it."

And then a hug.

"Gary's a larrikin and he will always be a larrikin and I guess that's what we love about him," concluded Matty. "But equally when you're not in the most positive of headspaces that kind of larrikin behaviour is what XXXXX you off."

'We're a whole Lily down' 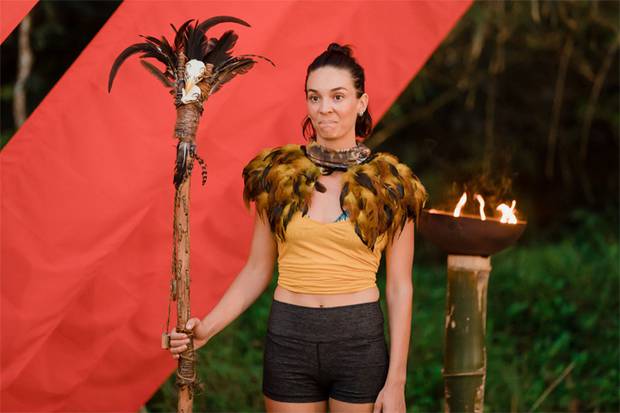 With all that there's not much time to discuss Team Kahu captain Shannon Ryan.

She sang a, frankly, very odd and, frankly, very bad impromptu song for a bemused-looking Sam: "Sam Sam weatherman, look me in the eyes, let's walk down the sand, hand in hand, oh what a big surprise."

She displayed a mad-eyed determination during the Forky Coining (??!!) charity challenge.

Then she insisted that her team trained for the elimination challenge by chucking a pineapple at each other WITH THEIR FEET in a segment that also featured Sam doing push-ups with Lily on his back, like some kind of prison break movie.

But Lily went, Sam looked sad and Team Kahu are down to four - against six. 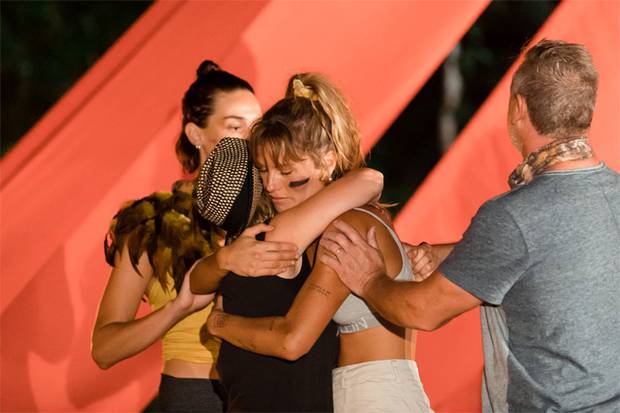 Everything was pointing to Lily losing in the elimination challenge. Earlier she had said: "I think when it gets down to one on one it's going to be anyone's game. I think it's just going to be one of those things that you either got it or you don't and you just kind of have to wait and see if you got it or you don't. I think [I've] got it." Unfortunately not.

Matt told Lily: "You have battled ill health, you've been the lovable little sister, the life of the party, you are going to be so, so missed in this game."

"The loss of Lily is greater than the loss of one person," said Shannon. "It's not just the fact that we're one person down now, it's that we're a whole Lily down. It's actually quite a brutal blow for us."