Jamie Foxx and Katie Holmes made their public debut as a couple at the 2019 Met Gala.

The pair - who have been romantically linked since 2013, but had never attended a public event together - didn't quite make their red carpet debut at the Metropolitan Museum of Art's 2019 Costume Institute Gala, but they did pose for photos together once inside the event.

Jamie, 51, and Katie, 40, looked every part the happy couple as they stopped for photographers in front of the flower wall and in the main Met hall, where they lovingly put their hands around one another. 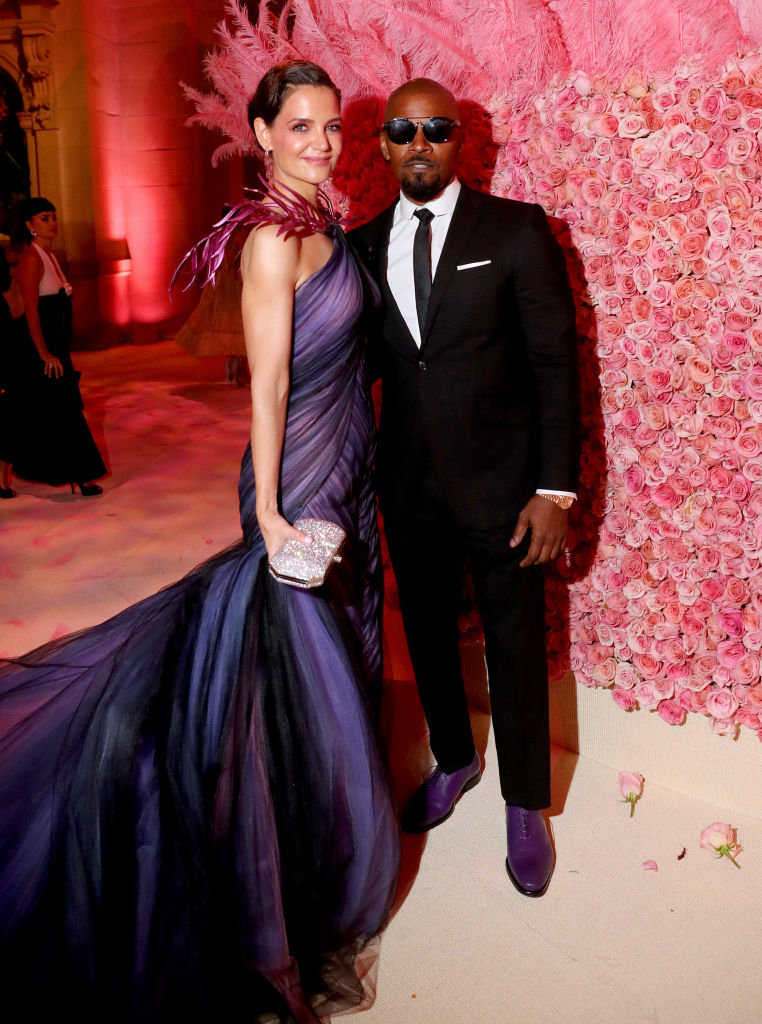 The Dawson's Creek alum - who has 13-year-old daughter Suri from her marriage to Tom Cruise - wore a custom Zac Posen gown to the glitzy gala, which was made of multi-layered hand sewn coloured tulle, and paired it with Lorraine Schwartz jewellery.

The gown featured 3D detailing including a collaboration between Zac Posen x GE Additive x Protolabs, which designed the palm leaves collar accessory, which a representative for Zac Posen claims took a whopping 56 hours to print and finish. Their debut at the event as a couple comes after the Oscar-winning actor reportedly declared himself single at an Oscars after-party earlier this year.

A source claimed at the time: "It was very nonchalant, while he was referring to married and single couples, he just dropped the line, 'I'm single.'"

Jamie and Katie were first linked back in 2013, but spent years insisting that they were merely just good friends.

They then seemingly confirmed they were dating in 2017 when pictures emerged of the pair holding hands while walking along a beach, but have remained private about their romance.