Fans of the Kardashians are coming to the defense of Kourtney after her boyfriend, Younes Bendjima, publicly shamed her for posting a revealing picture on Instagram.

The mum-of-three took to social media to share a photo of her from behind wearing a g-string bikini and giant hat while sitting under the shade of a tree.

Kourtney captioned the image: "Don’t be shady, be a lady."

But while the snap was completely innocent, it appears Younes was not a fan of it

Replying to the reality star's post Younes seemingly shamed his girlfriend, commenting: "that’s what you need to show to get likes?" 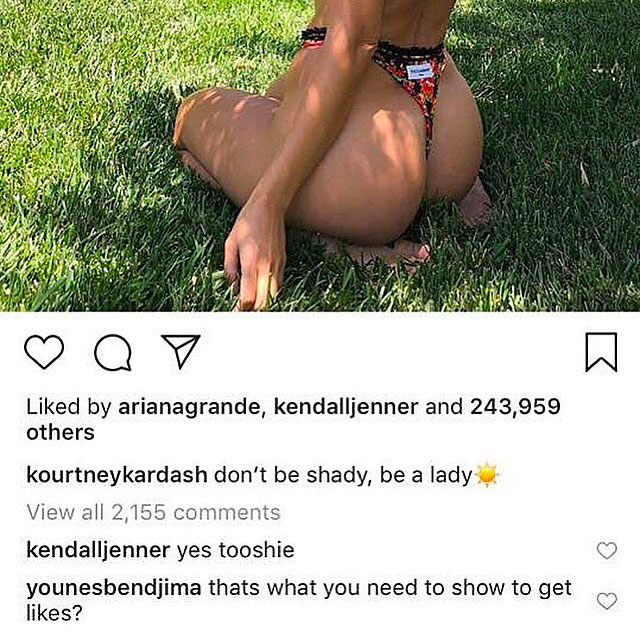 The comment has since been deleted, but the 39-year-old's loyal fans aren't ready to let sleeping dogs lie.

Following the backlash, People magazine has reported Younes doesn't approve of any of Kourtney's "sexy pictures on social media."

"He doesn't want his girlfriend to do that," a source said. "He gets that it's her job, but he has always had a problem with this."

Younes and Kourtney - who shares Mason, eight, Penelope, six, and Reign, three, with her ex-partner Scott Disick - have been dating since October last year.