But what they're not excited about is the former 'Suits' actress' choice of dress for a memorial service.

Earlier this week the couple attended the memorial service of Stephen Lawrence, an 18-year-old British black man who was murdered in a racially charged attack 25 years ago.

Markle accompanied the 33-year-old royal - who was making a speech during the service - in a black, sleeveless, V-neck dress from Hugo Boss.

The dress was matched with a pair of nude heels, a nude clutch bag and her signature hairstyle - a low messy bun. While the 36-year-old looks elegant, royal followers were left raising their eyebrows over the outfit.

Some called the look inappropriate, slamming her bare shoulders and "messy" hair.

"Someone needs a lesson in some decorum. Good grief," one user commented.

Another wrote: “It's a memorial service for a murder victim. In a church. Is it too much to ask of Rachel to cover up with a jacket, wear stockings, sort out that messy hair for once and stop the holding hands!” 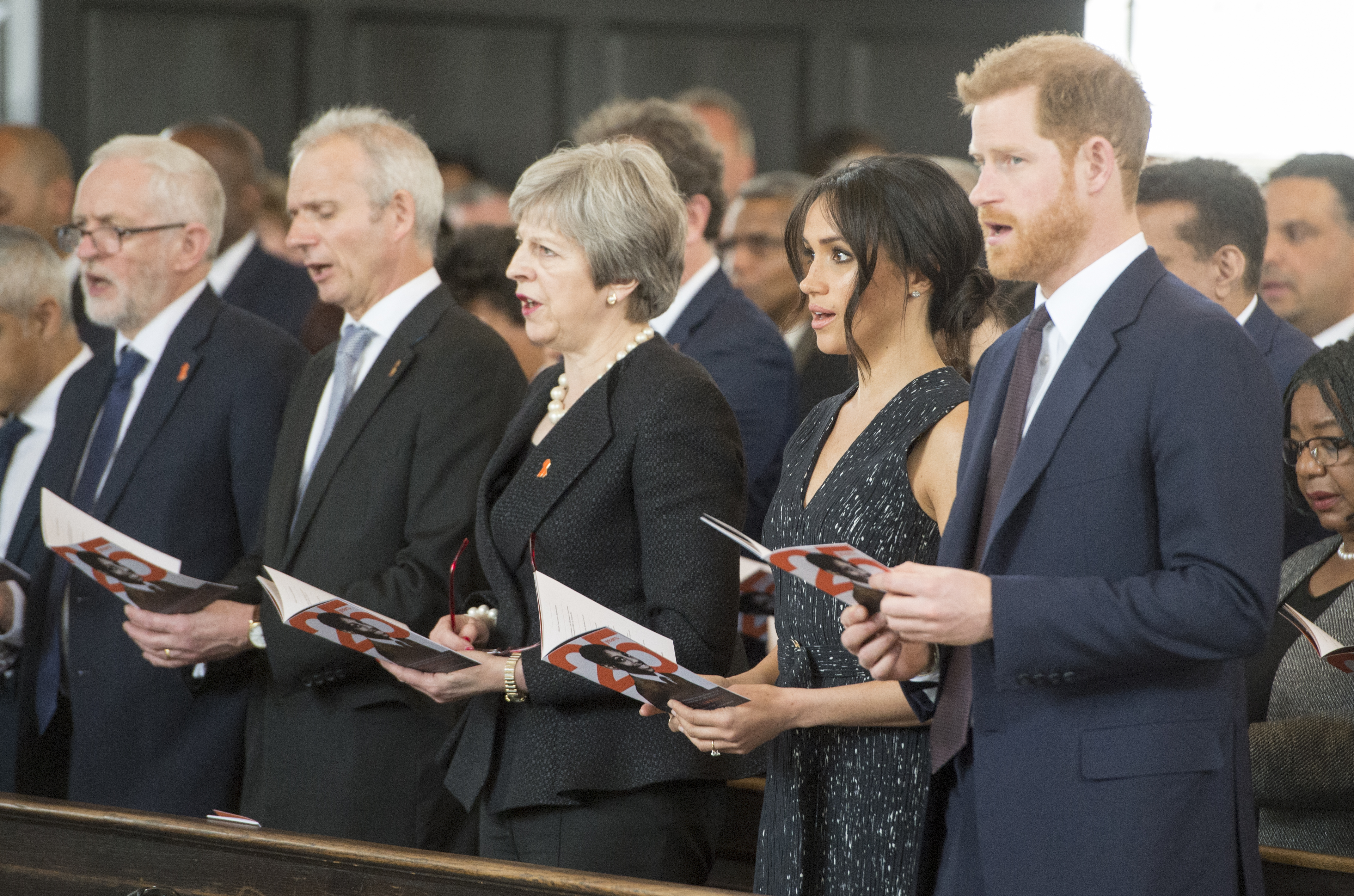 A third simply said: "Not an appropriate dress."

Meanwhile another user sympathised with her, saying: “Give her time, she is still learning. We know it should have been a suit or a dress with a collar and sleeves. She is a fashionista of the mod world.”