From the second they got engaged, Prince Harry and Meghan Markle have made it clear they want Princess Diana to be a part of their wedding day.

And, according to royal expert Katie Nicholl, Markle’s “something borrowed” will likely be another piece of Diana's jewellery. “Harry made sure Diana wasn’t forgotten on the day of his engagement,” Nicholl said. “Two of the diamonds in Meghan’s ring are from Diana’s personal collection. So I think there’s every possibility that Meghan might wear a piece from Diana’s jewellery collection on her wedding day.”

Of course speculation is already starting to circulate about which piece the bride-to-be will wear when she walks down the aisle at St George's Chapel.

Royal followers are putting their bets on Markle accessorising her wedding dress with Diana’s family tiara – the Spencer tiara – which hasn’t been worn in public since the mother-of-two's death in 1997. Diana wore the beautiful headpiece on her wedding day to Prince Charles in 1981, which is a family heirloom that was worn by all of Diana’s sisters at their weddings.

However, The Court Jeweller blogger Ella Kay think it’s unlikely the star will choose to wear the iconic headpiece.

"I think it’s unlikely because Meghan is marrying into the Windsor family, not the Spencer family, so if she borrows a tiara, I think it will reflect her new royal status," the write said. 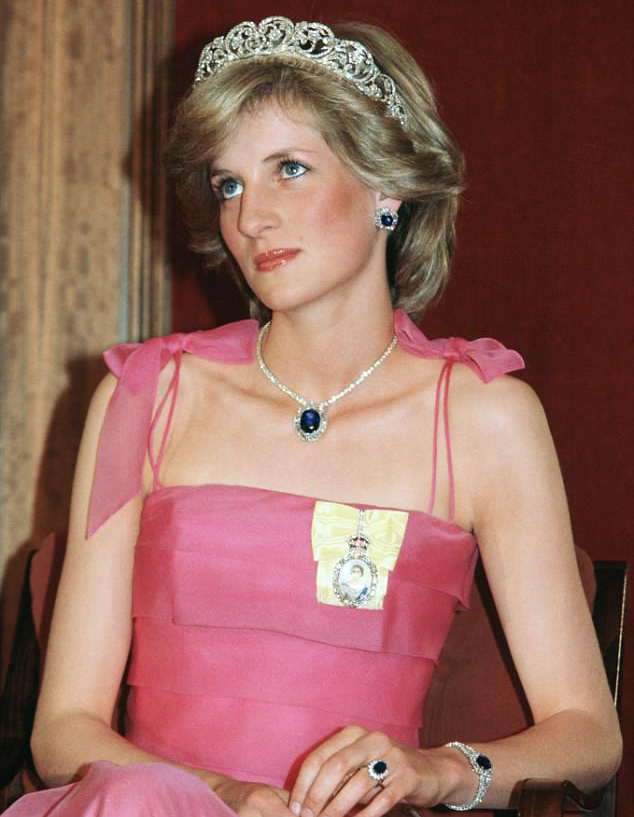