Rami Malek's big night took a turn for the worse after he fell off the 2019 Academy Awards stage.

The 37-year-old actor - who picked up the Best Actor award for his performance of late Queen frontman Freddie Mercury in Bohemian Rhapsody - tumbled off the stage and into the audience area after the ceremony concluded.

According to People magazine, Rami did his best to hold his statue up and appeared surprised as he hit the ground. Paramedics were then called to treat the Mr. Robot star, who was initially taken to a chair in the front row and then moved to a more private area backstage.

A spokesperson for the actor has yet to confirm if he sustained any injuries from the fall.

Before his tumble, Rami gave a passionate speech about finding his identity. 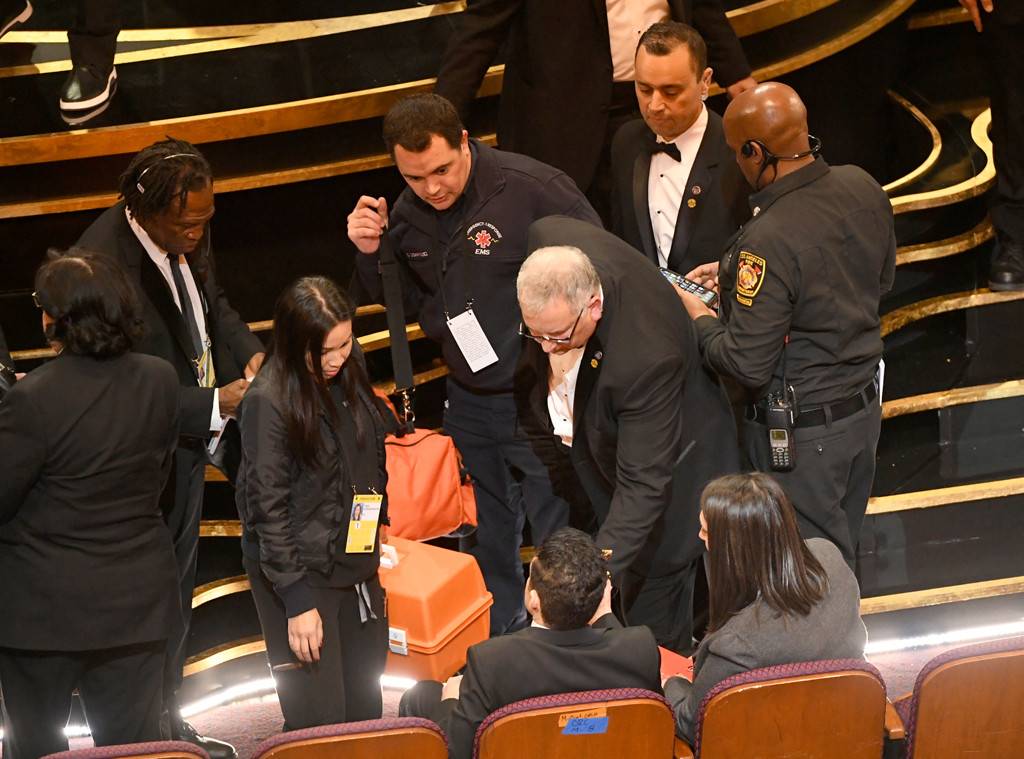 He said: "I think about what it would have been like to tell little bubba Rami that one day this might happen to him and I think his curly-haired little mind would be blown."

"That kid was struggling with his identity, and I think anyone struggling with theirs and trying to find their voice, a film about a gay man an immigrant who lived his life unapologetically and the fact I'm celebrating him and his story is proof we are longing for stories like this."

READ MORE:
• It turns out Rami Malek has a twin brother and people are swooning over him!
• Amazing new video compares Rami Malek's Live Aid performance to Freddie Mercury's and it is scarily IDENTICAL!

"I'm the son of immigrants from Egypt, I'm a first generation American and part of my story is being written right now and I could not be more grateful to each and every one of you and everyone who believed in me for this moment, it is something I will treasure for the rest of my life."

"Thank you Queen, thank you guys for allowing me to be the tiniest part of your phenomenal, extraordinary legacy, I am forever in your debt.

"My crew and my cast, I love you, you are my equals, my betters, I could never have been here without you."

Spider-Man: Into the Spider-Verse