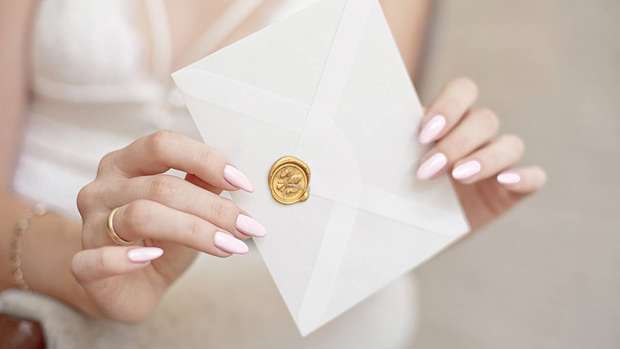 A furious aunty has turned down an invitation to her niece's wedding after her partner of more than two years wasn't included on the RSVP as a plus one.

Taking to social media, the bride-to-be received an RSVP back from her Aunty Edith - but instead of it revealing whether she would be attending, it came with a nasty message.

The bride explained to readers that due to Covid-19 restrictions she was having a smaller wedding, meaning Edith's partner Danny didn't make the cut.

But that didn't stop Aunty Edith from unleashing a nasty message back.

"Most rude and hurtful," it said on the RSVP message.

"You shouldn't have sent one at all! Aunt Edith and Uncle Danny," it read in capital letters. 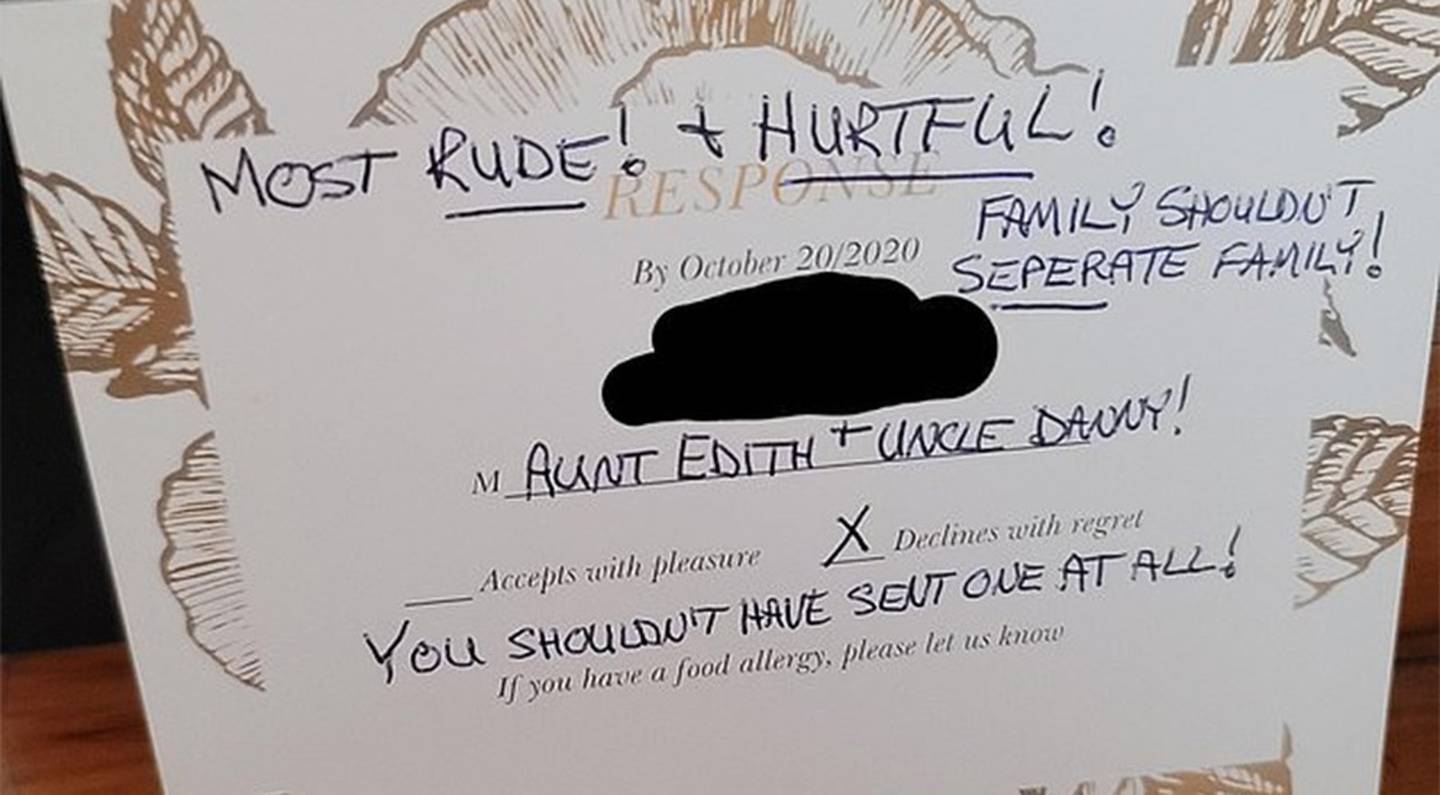 The bride also revealed she has had nothing to do with her aunty's boyfriend "Uncle Danny", claiming he was "barely tolerated within the family" and had only met him a couple of times.

The post has since gone viral with a number of readers backing the bride's stance and saying Aunty Edith was an "overwrought drama queen".

"That's a quick way to quit being invited to family gatherings ever again. Yeesh, Aunt Edith," one woman said.

Another wrote: "The trash took itself out."

Others said Edith's response was too rude regardless of whether it was right or wrong to not invite her boyfriend Danny.

"It's possible to think the couple was rude for not inviting a guest's long-term partner while also thinking the aunt's reaction was over the top."

A second added: "I think Covid makes a very big difference though. Without Covid, you should invite partners. With Covid, guests lists are very restricted."

One former bride offered her sympathy, saying she went through the same thing.

"My aunt did almost this exact same thing for my wedding years ago. Our venue had a 120 person max limit so I didn't give my aunt a plus one for her flavour of the week boyfriend."

One cheeky commenter suggested the bride should respond.

"Perhaps Bride and Groom should send a card apologising for inviting her. 'Sorry, we didn't really want you at the wedding but family insisted we give you the right to refuse, as they knew you'd want to'."

This article was first published on the NZ Herald in 2019 and republished here with permission.