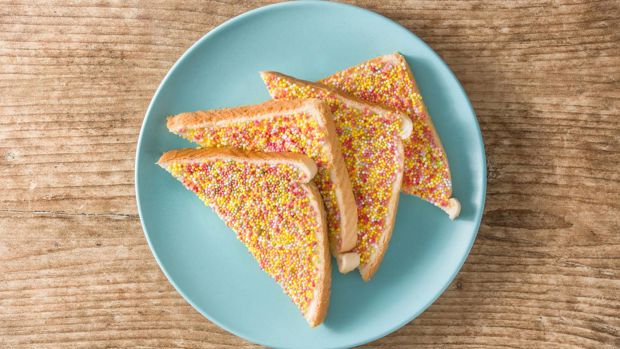 It's been a stalwart at Kiwi kids' birthday parties for years - but now the humble party food has come under fire for its "outdated and offensive" name.

A change.org petition to change the name of fairy bread has gained more than 1000 signatures.

According to the campaign, the term "fairy bread" should be no longer, with the Aussie petition's creator claiming the word "fairy" "has been used to belittle and oppress others".

Chaise revealed that she was shocked to find that at her cousin's fifth birthday party, children were being taught to use the "derogatory" term to refer to the sugary snack.

"The fact that Australians in 2021 are still using this word in the name of a children's food is reprehensible," the campaign creator wrote.

"I never personally ate fairy-bread (sic) while growing up, and am proud to say that I still have not. However, I would like to think that if I had a child I would not be using a term as crude as the term 'fairy' to describe it."

The creator proposed changing the name to "Party Bread", "for the sake of countless marginalised Australians.

"And until then we boycott 'Fairy Bread' entirely," she wrote.

"Bigotry is un-Australian, and so is Fairy bread."

But not everyone took the petition seriously, with one writing in the comments, "Get over it ... I don't find the term remotely offensive."

Another wrote, "One of the most thoroughly ridiculous, nonsensical, imbecilic, stupid things I have come across as an adult."

"I have hundreds and thousands of reasons for signing this petition!" quipped another.