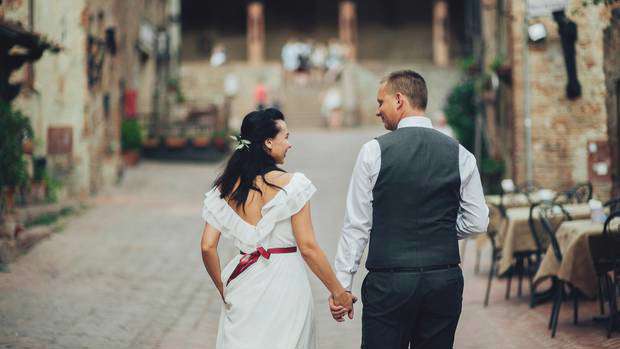 Family and friends of a bride-to-be are fuming after the happy couple received over $30,000 in donations, cancelled the wedding then asked for more money.

The bride-to-be, named Pam, opened a money fund for friends and family to donate to their upcoming nuptials. But their generous benefactors were outraged when Pam and her husband revealed there would be no wedding. Instead, they would use the money for a honeymoon.

Pam shared a post on Facebook announcing that they will cancel the original wedding date and "reschedule" it for an unstated time, and stating "Don't worry the money won't be used in vain but rather be used towards a honeymoon in the coming months," she wrote.

She went on to share that there will be a wedding eventually. They plan to "reopen the money fund" for people to donate more towards their new ceremony and reception.

"After we regain financial stability and hold calm in our hearts after a honeymoon we will announce a new wedding date and reopen the money fund for further gifts," she says.

She notes that, after all, "weddings are expensive!"

To the guests' disbelief, she also reveals she will update the Amazon gift registry so people can gift items for the couple take on their honeymoon.

"If you have any ideas on where we can go, please PM me or Edward! As mentioned, we will keep you updated when we are reopening our money fund and have a new wedding date in the works. Don't be too sad, the new wedding is gonna be a HIT," she ends the Facebook post.

"Is this a f******g joke??? After raking in $30k you decide to be greedy and use it all for yourselves?" a family member of the groom wrote.

A friend of the bride commented: "Alright step the f***k back. What?"

Pam returned to the post commenting that she "felt very attacked" before defending herself and hubby-to-be's decision saying "you chose to DONATE to ME. If I want to use the money, who cares how? I told you the wedding is getting rescheduled not cancelled."

The post went viral on Reddit, where users were shocked that the couple could be so greedy.

"Thanks for the crazy amount of money specifically for our wedding! We've decided we're gonna do something else with it and have the wedding some other time BUT HERE'RE SOME DETAILS IF YOU WANT TO GIVE US MORE FREE S**T" like what the ACTUAL f**k??," wrote one user.