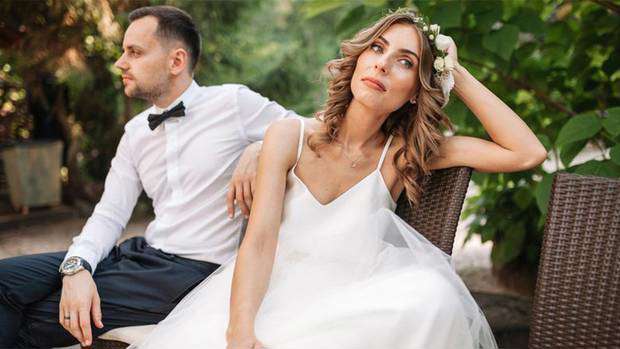 Planning the guestlist for your big wedding day can be extremely stressful, especially with Covid-19 restrictions throwing up a number of curveballs.

One bride thought she had come up with the ideal solution for downsizing her wedding guest list - but not everyone is happy.

The bride's sister has taken to social media after refusing to RSVP for the big day, revealing it was "ridiculous" she had to apply to go to her own sister's wedding.

"Am I the a**hole for refusing to RVSP?" she said.

According to the sister, wedding guests were required to write an "application essay" in a bid to win a place at the downsized wedding.

People who don't write an essay will not be chosen to attend, the sister explained.

"My sister is getting married [in] February, destination wedding no less.

"Because of the pandemic, her original venue has made her cut down on guests because they're cutting capacity by half.

"As a result, she's sending out 're-invites' that asks everyone to RSVP again. But in order to figure out who to invite and who to cut, she's asking all confirmed guests to submit two 250-word 'essays' to two questions.

"The gist is that they'll use these essays to choose who can come or not, based on people's enthusiasm. People who don't write the essays at all will be automatically disqualified."

The sister says she feels insulted she has to compete with others for an invite and believes the bride just wants people to kiss up to her.

She says the two questions were: "Why do you still want to celebrate this day with us?" and "what will attending our wedding mean to you specifically?"

The sister explained to the bride she wasn't going to write 500 words on why she needs to attend her wedding, including spending her own money on plane tickets, hotels and a present.

"This has really rubbed her and my parents the wrong way. She's said that to keep things fair if I don't fill out the RSVP correctly I won't be saved a spot. I said fine with me. Then my parents said if I don't show up I'm going to be in big f***ing trouble with all our relatives so just write the essays."

Readers have backed the sister's stance, saying she should stand strong.

One person replied: "I would definitely send in two essays. The first would say 'Mum/Dad said I have to come or I'm in BIG trouble' over and over again until you hit 250. The second, 'I'm your sibling'."

Another commented: "Tell your parents that if they want you to attend so badly, they should write the essays for you."

A third branded the whole thing "insane", while a different user proclaimed it to be "ridiculous", writing: "I hope no one writes the essay so she can see how ridiculous she's being."