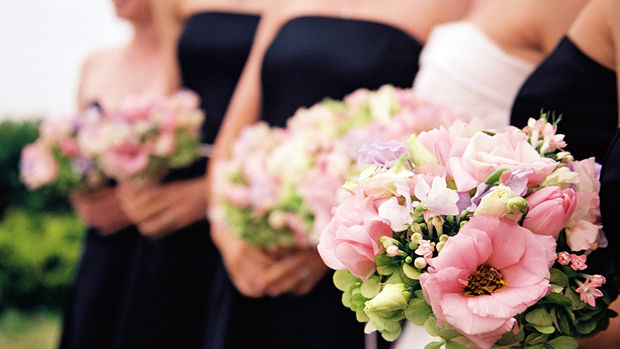 A furious bride has started a heated debate after her bridesmaid dyed her hair bright pink just a week before the wedding.

Posting on the popular British forum Mumsnet, the unnamed woman said she believes the bridesmaid made the drastic change as a way to get attention on the big day.

"My bridesmaid has just dyed her hair a horrible pink colour and I am getting married next Saturday. Am I being unreasonable to ask her to dye it back or uninvite her from the wedding?" she asked.

"For context she is incredibly self-centered and always wants the attention to be focused on herself and I think she has done it just to stick out in the photos."

Members on the forum were quick to react, describing the bride's comments as "awful".

"If you are that pathetic to worry about your bridesmaid hair colour then get rid of her as a bridesmaid or else deal with it! Simple!" wrote one user.

READ MORE:
• This mum's ‘genius’ carpet cleaning hack is blowing parents’ minds!
• Mum gets slammed after revealing she lets her daughter sleep in and arrive late to school

"You are being unreasonable. It's none of your business what colour her hair is," said another.

A third wrote: "No of course you can’t ask/tell her to dye it back, or dis-invite her. You surely wouldn’t have asked someone other than a friend or relative to be your bridesmaid - you wanted her there."

While another added: "She can do what she likes with her hair."

But not everyone thought the bride was in the wrong.

Another wrote: “I think any bridesmaid that dyes their hair bright pink a week before the wedding is an attention seeking d**k. Everyone will know it too.”