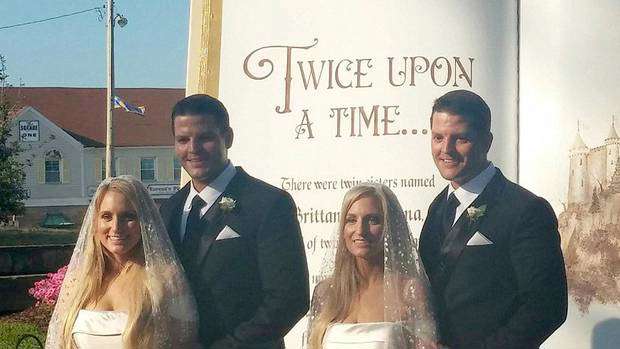 The wedding was dubbed 'Twice Upon a Time'. Photo / via Facebook

From the makeup and hair, to the veils and gowns, identical twin sisters Brittany and Briana Deane made sure everything looked exactly the same on their wedding day.

Including the men waiting for them at the altar.

Brittany and Briana, 32, both said 'I do' to identical twin brothers Josh and Jeremy Slayers, 34, at the Twins Days Festival in Twinsburg, Ohio on Saturday, the Daily Mail reported. The sets of twins were married by twin marriage celebrants. Photo / via Facebook

The couples tied the knot side-by-side and were even married by identical twin ministers during the ceremony, which was themed 'Twice Upon a Time'.

"It's really been a fairytale come true," Briana told People. "Marrying twins is something that's very important to us.

"Even when we were little girls I can remember being in kindergarten, knowing that that is what we saw for ourselves."

Marrying twins was so important to Josh and Jeremy that they vowed they wouldn't say "I do" unless they fell in love with identical sisters.

"I think that they experienced a lot of the same challenges dating what we call singletons, that means non-twins," Brittany said.

"It's hard when you're dating someone and they don't understand the twin bond."

Brittany and Briana always knew their chances of falling in love with identical twins "were incredibly scarce".

But the stars aligned at last year's Twins Day Festival - the largest annual gathering of twins in the world - when the Slayers brothers immediately caught their eye.

"We were sitting on the bleachers and I saw just these two amazingly handsome young men that looked to be about our age," Brittany told ABC News.

Brittany grabbed her sister's wrist and pointed out the brothers. Her twin felt exactly the same way.

"They were stunning," Briana said. Jeremy and Josh proposed to Brittany and Briana at Twin Lakes State Park in Virginia. Photo / via Facebook

The sisters finally met Jeremy and Josh on the last day of the festival during the closing night party.

A few days later, the Slayers sent Briana and Brittany a message on Facebook saying they couldn't wait to bump into them at next year's festival.

Little did they know they would be getting married to each other there instead.

After their first meeting, the sisters invited Jeremy and Josh, who were living in Clinton, Tennessee at the time, to come visit them in Virginia.

Both brothers said they knew immediately after the trip that they were going to marry the sisters one day.

"You know when you know," Jeremy said. "We've always known our whole life if we were going to be married that it was going to be with twins."

Jeremy and Josh proposed to Brittany and Briana at Twin Lakes State Park in Virginia, where they had their first date, on February 2. 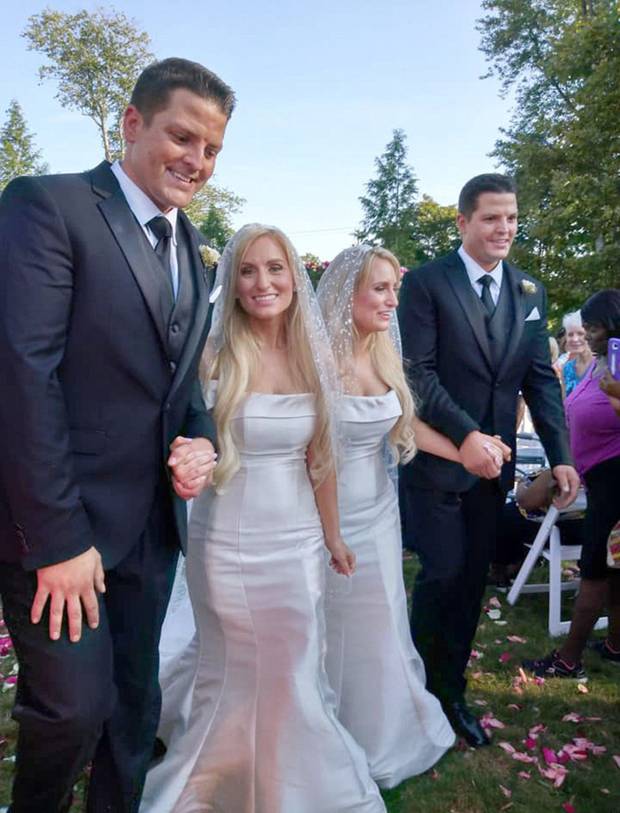 The sisters are looking forward to life as married women, which will include living in the same house with their husbands and raising their children together. Photo / via Facebook

They specifically picked the date because it abbreviates to 2-2.

They told the girls that the site, which functions as a wedding venue, wanted to feature all four of them in a commercial. 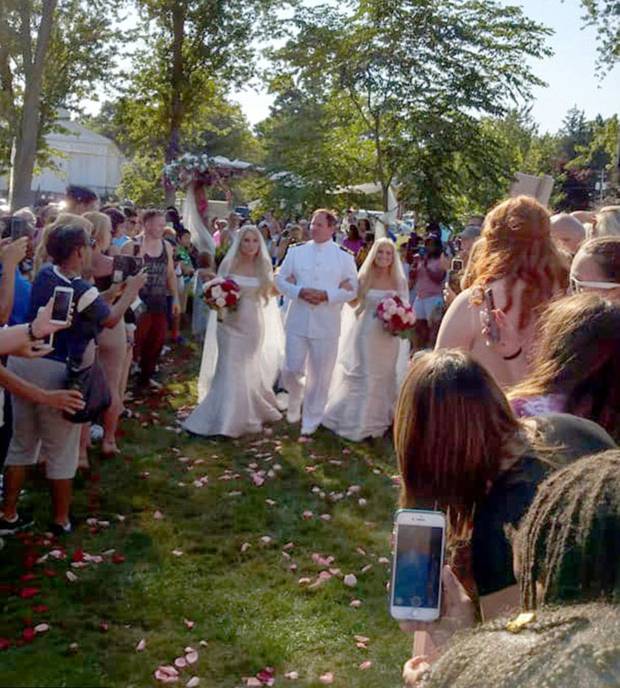 Brittany and Briana found that planning a wedding together was actually "extremely fun and peaceful" due to their identical tastes. Photo / via Facebook

Then the brothers both got down on one knee and proposed at the exact same time. 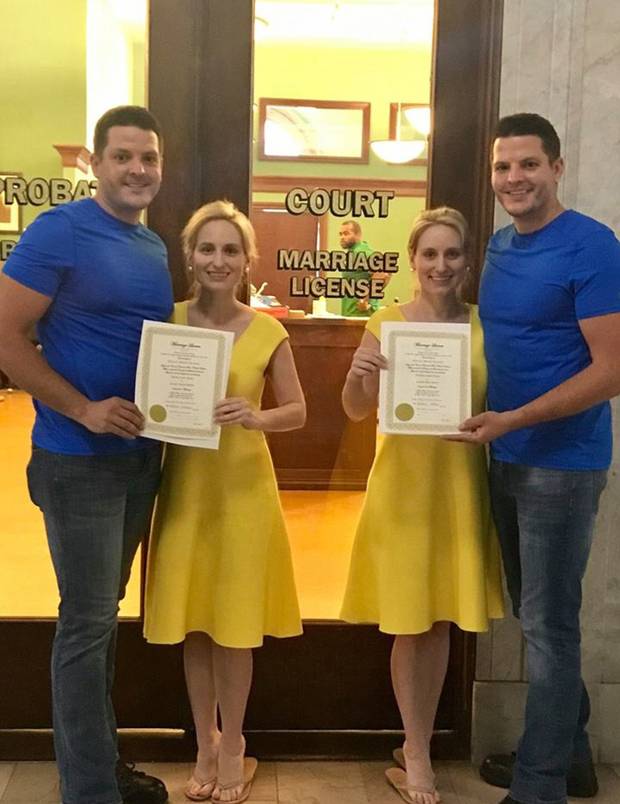 The married couples with their marriage certificates. Photo / via Facebook

"We have done so much in life together. Having twin loves of our lives and to accept their marriage proposal at the same time made it that much more special," Brittany said at the time.

Brittany and Briana found that planning a wedding together was actually "extremely fun and peaceful" due to their identical tastes.

"We had the same vision of what our double wedding day would look like," Briana said.

The twins' wedding was filmed by TLC, where an hour-long special on the ceremony will air next year.

Now the sisters are looking forward to life as married women, which will include living in the same house with their husbands and raising their children together.

"We imagine it will be like two moms and two dads," Brittany said, "All raising our families together."