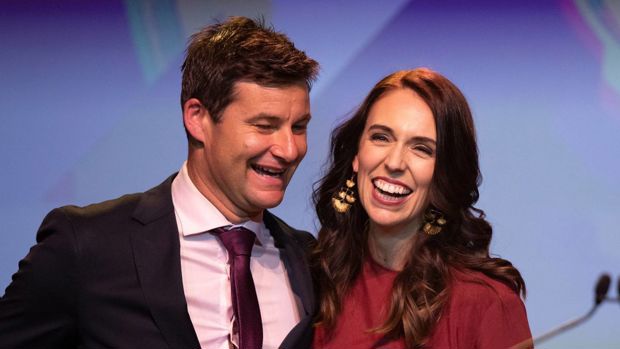 Prime Minister Jacinda Ardern is tying the knot with partner Clarke Gayford this summer - but with New Zealand still battling the Delta outbreak, will the ceremony go ahead as planned?

The PM has previously revealed she and Gayford have plans to wed in Gisborne over the summer, though she hasn't shared an exact date.

She visited Gisborne over the weekend with Gayford in a push to boost vaccination uptake in the region and told The AM Show this morning that she'd "personally" done no wedding planning during the trip.

But she said she was still "working towards" a summer wedding.

"And I'm still giving every single waking hour to do everything I can to give New Zealanders the summer they deserve."

Ardern wouldn't be the first to tie the knot in a lockdown wedding - and she's recently admitted that being Prime Minister doesn't always align well with major life events.

She confessed earlier this year that she won't be heading away on a honeymoon after her Gisborne summer wedding.

And as for that niggly guest list, well it turns out the Prime Minister doesn't have one yet, in fact, she hasn't even thought about invitations and admitted that she hasn’t sent any out yet.