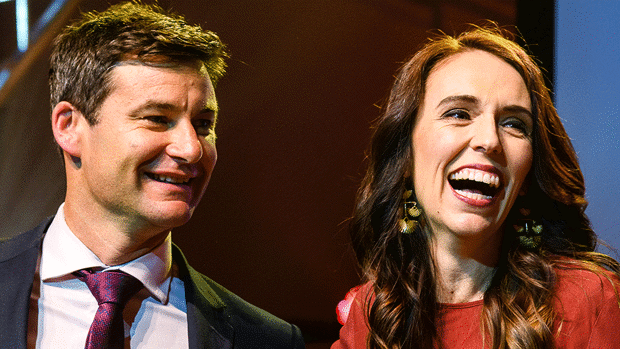 Prime Minister Jacinda Ardern has revealed she will be tying the knot with partner Clarke Gayford in Gisborne.

Ardern explained she had set a date, but wanted to let guests know first because accommodation was limited in Gisborne.

It comes after she told Coast Radio breakfast hosts Sam Wallace, Toni Street, and Jason Reeves last week that the couple planned to get married next summer.

Invitations for the big day haven't been sent out yet.

The PM got engaged to her fiancé Clarke Gayford over Easter weekend in 2019 in Mahia.

Gayford proposed to Ardern at the top of Mokotahi Hill in front of a select group of witnesses.

It is understood the couple was staying at Gayford's family bach at the time.

Yesterday, Ardern gave people a look into what Mother's Day is like for the Prime Minister of New Zealand and mother of a toddler.

Neve also showed her crafty side by making a flower out of bottle caps, a popsicle stick, paper and a touch of glitter.

"Happy Mothers [day] I love you and going to the water park. Love Neve," the card read.

The couple has one daughter Neve who turns three next month.

Gayford also paid tribute to his partner on Mother's Day.

"A special shout out to all the hard-working mums today, managing to find time for family in amongst the mad juggle of everything else," he wrote accompanied with a picture of Ardern heading off to work in a car.