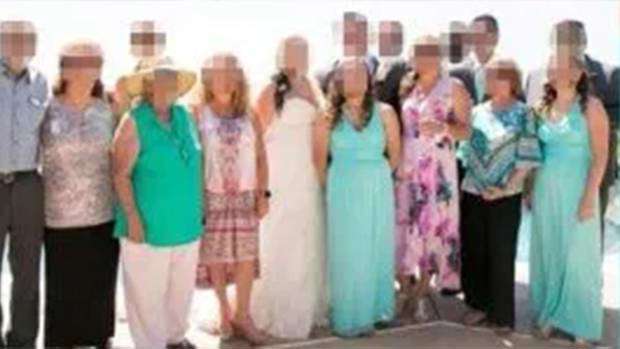 Brides and mother-in-law don't always get along.

We've previously seen mothers-in-law wear a white dress to a wedding, but on the most part, you'd like to think they'd behave on the bride's biggest day of her life.

However, that wasn't the case for the mother of one groom whose dislike for her son's wife was so strong she decided to take action in a subtle yet everlasting way.

Instead of playing nice, it is claimed one mother-in-law was caught on camera ruining the official wedding photos by subtly flipping the fingers at the bride.

In photos posted online, the woman can be seen standing innocently among the rest of the guests.

But as the photos are being taken, the images show the mother in law holding her hand below her waist and pulling the fingers directly at the bride. 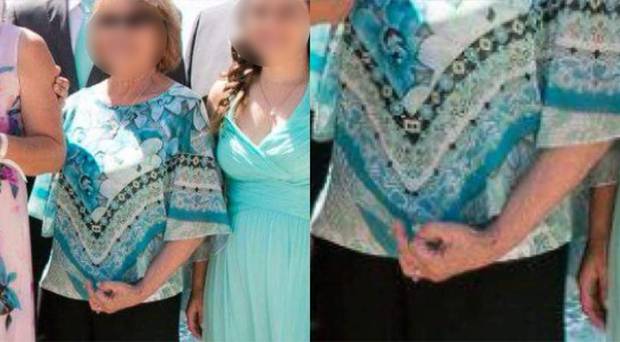 Of course, the couple are anonymous and we're not sure where the image is from but naturally, it has gone viral.

However, some claim the mother in law wasn't ever flipping the bird, but instead had held her hand in an awkward position for the photo. Others believe the image may have been manipulated.

The image has been viewed more than 6000 times.

It's not the first time mothers-in-law have overstepped the mark.

Last month a newly-married woman shared her shock at finding out that her new mother-in-law had bought her husband a replacement for the wedding band they chose.

The woman told her story saying that she felt like her mother-in-law would rather be the one married to her son.

"I got home from work to a small package on the porch addressed to DH [dear husband]. He didn't order anything and we thought maybe it's a delayed wedding gift? Who knows." The truth was much worse, with the shocked couple finding a men's wedding band and a small note from the man's mother, which read: "I saw this band and thought of you. I think it's much more your style than the band you have. I got it in your size, but let me know if it fits. Love, Mom xxxooo".

The enraged woman sent the ring back and decided to hold her tongue until the next time they met in person.