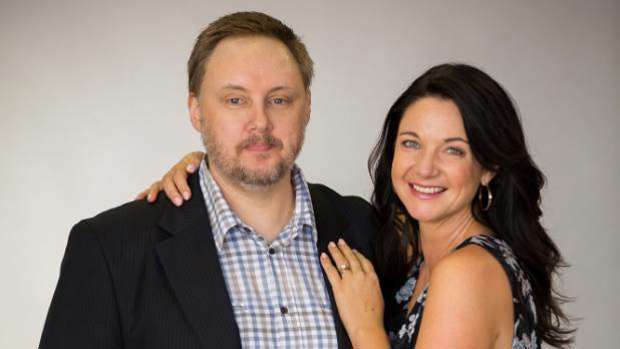 Nick and Waverley Harrison leaving our screens broke hearts around the country - but according to a Facebook ad targeted at Kiwis, the Shortland Street couple are still happy together!

The post shows two images - one of Karl Burnett's character Nick, and another of him with Waverley, played by Claire Chitham.

The image seems to be from a publicity shoot used when the actors reunited for the 25th anniversary the iconic New Zealand series, May 25 last year. 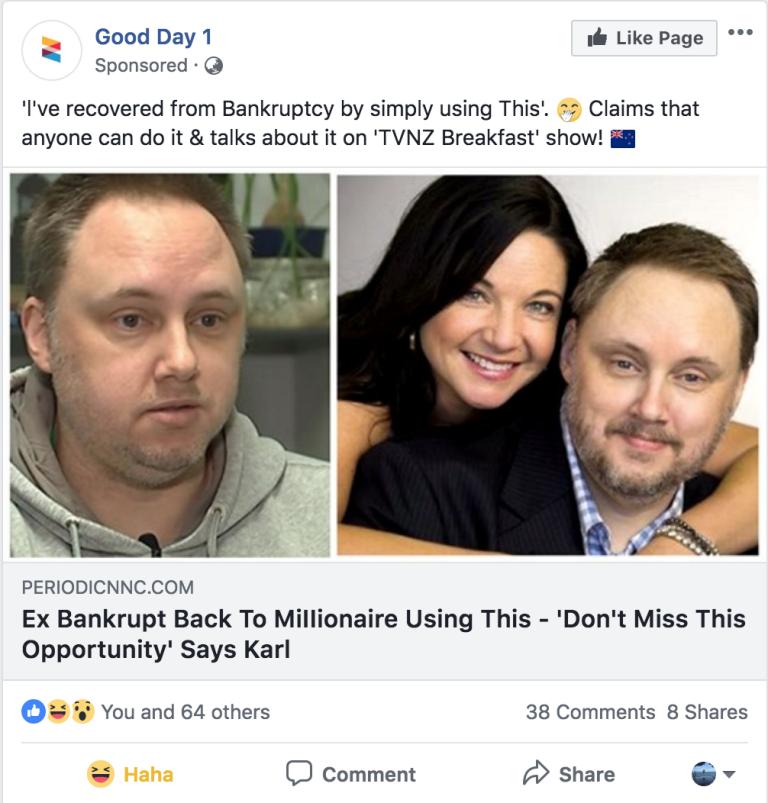 The caption goes on to tell how Karl "recovered from bankruptcy by simply using this" and promises that "anyone can do it and talk about it on 'TVNZ Breakfast' show".

The post was found funny to Reddit users who recognised the couple, one person joking: "You're not in credit now, Dr Ropata."

Another commented "PLEASE tell me that is not your pension," in reference to a recent Shortland Street scene from a conversation between Chris Warner and son Harry: "Please tell me that's not your penis."

The business page for Good Day 1 looks fake with only 174 likes, with no information on the companies ABOUT section.

The post seems to have been since removed from the companies page.