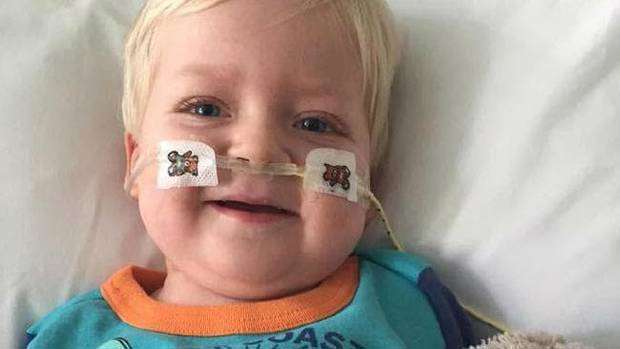 A two-year-old boy in the UK woke up from a coma right after his family agreed to switch him off life support.

On Good Friday of 2016, Dylan's outlook was so tragic the parents made the heartbreaking decision to turn off his life support the following day.

Little Dylan fought through and, by Easter Sunday, was deemed to be in "stable" condition.

"I was strong in the belief that Dylan was our Easter miracle," his mum, Kerry Askin, told The Derby Telegraph.

His family is now supporting a UK kids' cancer charity, Clic Sargent, and are open about the time they thought they had nearly lost their precious boy.

"On Good Friday they told us things were looking bleak and that we weren't going to get him back," the mother recalls.

"All the settings on all the machines were at their highest and he was still struggling.

"We had him christened, all his family came from all over to say goodbye, including his big brother.

"I was devastated. I hadn't slept for days building up to it. I was crying all the time. They had actually closed off part of the unit so we could both stay with him overnight because they thought he could go at any minute.

As they began to sedate Dylan, his heart rate unexplainably returned to normal levels.

On April 4, 2016, on his parents' wedding anniversary, Dylan was taken off life support.