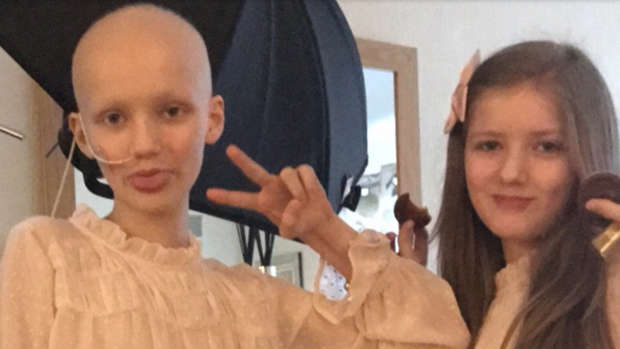 An identical twin seemed to experience her sister's cancer symptoms before the heartbreaking diagnosis was made.

Inseparable 11-year-old siblings Megan and Sophie Walker from Edinburgh finish each other's sentences, have matching tastes and get identical grades at school.

But when Megan's weight started to plummet, and she complained of exhaustion and nausea, Sophie appeared fine, the  Daily Mail reports.

She had chest x-rays, ultrasound scans and an MRI scan - but for months baffled doctors could find nothing wrong with her.

Suddenly, it was discovered that Sophie - who remained energetic while Megan was feeling ill - had a cancer associated with the symptoms Megan had shown.

Both girls dropped from 40kg to an identical 35kg.

Mum-of-nine Rebecca, 37, from Edinburgh, says: "It was heartbreaking. There was no indication anything was wrong with Sophie.

"It was Megan we were worried about. She was ghostly pale and drained, not her usual self at all."

A Wilms' tumour was found on Sophie's kidney - a condition which affects about 70 children in the UK every year. 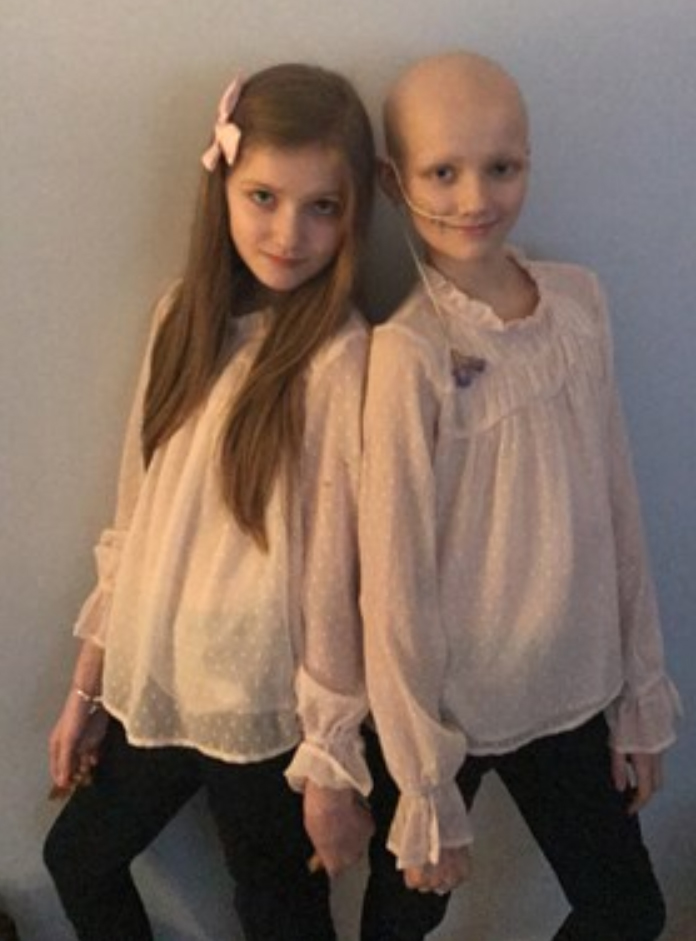 The crippling diagnosis shook the family, with self-employed dad Jamie, 39, having to give up his plumber's shop to help care for his daughter.

Sophie was terrified about losing her beautiful long hair, but her sister Megan supported her.

She even asked their mother to cut her locks shorter so her and Sophie could be the same again.

"I haven't had the heart to let her," said Rebecca. "Megan is my reminder of how Sophie looked and hopefully will look again soon."

But why did Megan show symptoms associated with Sophie's cancer before Sophie did?

Helen Turier, of the Twins and Multiple Births Association, thinks she may have the answer.

"It can be common that one becomes the 'caretaker twin' and perhaps Megan exhibited the symptoms Sophie was feeling," she said.

Rebecca added: "They've put it down to the fact that they are twins. They think Megan was showing us Sophie's symptoms before we even knew Sophie was ill."

In December Sophie had the cancerous tumour removed along with her left kidney during a seven-hour operation and will have chemotherapy until June.

Her outlook is promising as treatment is successful in 85 per cent of childhood cases.

However, she will be monitored for the rest of her life in case the cancer returns and has to be fed through a tube in her nose.

Meanwhile, Megan is having therapy to help her come to terms with what has happened.

But Sophie has the support of her loving twin and her seven other siblings - James, 15, Emily, 14, Lucy, 12, Daniel, eight, Olivia, six, Ella, four, and Nathan, three.

"Now Megan wants to be with Sophie more than ever," said Rebecca. "I don't know what she would do without her."

To help support the family, donate to their fundraising page here.

What is Wilms' kidney tumour?

Wilms' is a type of kidney cancer affecting children, usually those under five years old.

It is thought to come from specialised cells in the embryo called metanephric blastema involved in the development of the child's kidneys while they are in the womb.

The cells usually disappear at birth, but in many children with Wilms' tumour, clusters of primitive kidneys cells called nephrogenic rests can still be found.

In most cases, the cause of the cancer is unknown. But in 1 in 100 people with Wilms' tumour, another family member will also have been diagnosed.