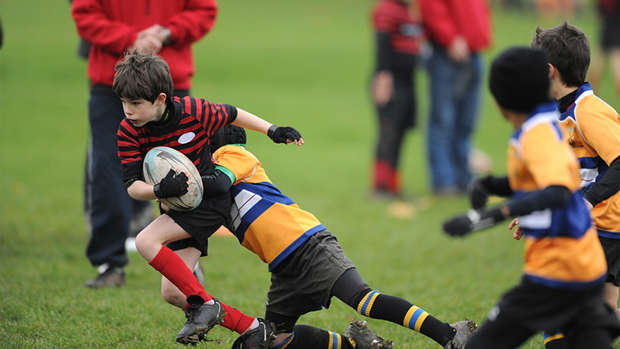 An Auckland primary school principal has warned parents not to post photos of other children taken at school events - including sporting activities - to social media without permission.

And as thousands of parents hit the sidelines at sports fields across the country today, the head of the New Zealand School Trustees Association is set to urge other New Zealand schools to follow suit.

Proud parents fill social media feeds with pictures and videos of their children's prowess on the sports field or in school plays and concerts, but now they are being asked to be "good digital citizens".

Maurice Young from Marina View School in West Auckland sent the reminder to the school community after concerned parents from his school were alerted to photos of their child on the internet.

In the letter Young said not all parents wanted photos of their children taken at school events posted on social media sites.

"Posts of children from sports days, assemblies, prizegivings, and incursions and excursions are some examples of the photos (videos) being taken by parents," he wrote.

"We ask that all parents are extremely mindful of making posts of other children on social media pages."

Young told the Weekend Herald his stance was in a bid to ensure good relationships within the school community.

"All we are wanting to do is inform our community and work with our community; it's really just about digital citizenship," Young said.

Young said all pupils at the school were taught about internet safety and the letter to parents was an extension of that.

"It's a new environment we are living in and we are all getting used to it so we are working together," he said.

"We talk to our students about being good digital citizens and staying safe."

His actions have been praised by fellow principals and internet safety organisation Netsafe which said children had a right to privacy, and highlighted custody and protection orders as potential factors.

Supporters included the New Zealand School Trustees Association president Lorraine Kerr who said the body would be sending a similar reminder to parents in future newsletters.

"Each board should have something around this added to their communication policy," Kerr said.

"It is hard to police but it's about boards reminding and encouraging schools and parents to be mindful when posting to social media.

"A child's right to privacy is something we should all be mindful of."

Kevin Bush from the Auckland Primary Principal's Association said all schools had their own social media policy to protect children.

These varied from closed "members only" pages to pages that only feature group shots, to more open pages.

He said teachers with authority to post on school pages should know of sensitivities or of any custody or safety concerns.

Bush said as principal of Te Hihi School in Karaka, South Auckland, he was the only person who could post to the school's pages.

"With our own Facebook and Twitter page it is completely locked down so only approved photos sent in by parents can be published," Bush said.

"With their own pages we urge parents just to post photos of their own children unless they knew other parents and their children don't mind."

NetSafe spokesman Sean Lyons said there were many reasons parents did not want photos of their children on sites such as Facebook and Instagram.

These included general privacy and safety to religious and cultural sensitivity and custody arrangements or disputes.

"One of the main issues is as a poster we don't know if there is a custody or protection order," Lyons said.

"When we post that seemingly harmless photo of a child at a sports day we might be providing information about them that causes a difficult situation."

Lyons said photos taken at swimming sports or athletics day were great in context on the day but some parents and caregivers didn't want them viewed by all.

"Some might think we should relax and it's political correctness gone mad but for others their cultural sensitivity might be offended."

Lyons said the issue extended to intermediate and high school as well.

"Whatever the case every photo posted or shared of a child is adding to their digital footprint," he said.

Children's Commissioner Judge Andrew Becroft said while some parents would post photos of their children alongside classmates or friends, "children have a right to privacy like everyone else".

He urged parents to ask for permission, both from the other children and their parents.

"And if you don't have permission, don't post," he said.

"Make sure you have a conversation with your own kids about posting photos online and give them a say in what photos you share of them as well. Respecting other people's rights starts with having your own rights respected."

A quick message, text or phone call to check it's okay to post is the easy solution when it comes to other people's children said Sean Lyons from Netsafe.

"No one wants to be the fun police but we all have a responsibility to make sure people are happy with what is online about their children," Lyons said.

"Someone might say I saw a great pic of your daughter on Facebook the other day - it goes from a happy and innocent moment to one where you are caught off guard and upset."

Lyons said parents or caregivers with particular concerns can also request friends don't post pictures of their loved ones without permission.

"There is nothing wrong with a quick note to say 'no thanks' to online photos," Lyons said.

"Doing it before the fact means it is not inflamed and it avoids any issue."

"If you think the image or video could cause harm then contact Netsafe. We can tell you what your rights are," Lyons said.

"In most cases photos are harmless but unfortunately some people use images to inflict harm on others. The longer things are up the worse it gets."