Police investigating the ram-raid burglary and theft of two expensive Lindauer paintings in Parnell have released CCTV images of the two alleged offenders and the car they fled in.

Police have described the offenders as two men, both aged between 20 and 30 years old. 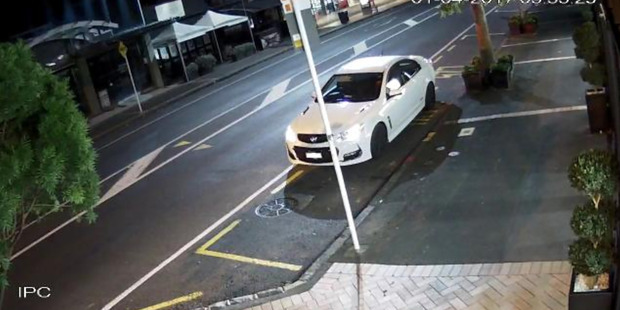 Image from the ram-raid burglary and theft of two paintings in Parnell. Photo / Supplied

The second offender is described as having a skinny to medium build, wearing a black hooded sweatshirt, a light coloured bandana, black gloves, black trousers or track pants with a white stripe down the sides, and dark coloured shoes with white soles.

They left in what police believe is a white 2016 Holden Commodore.