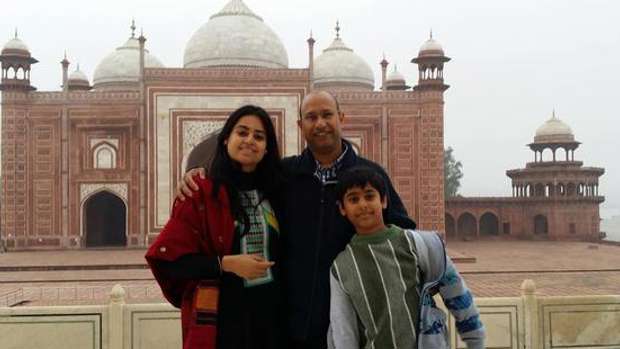 Maumita and Anjan Banerjee with 9-year-old Aryan on a trip before he suffered his devastating injury.

Taradale Primary School student Aryan Banerjee, who was critically injured after he was left hanging by his shirt from a school toilet window in May, died earlier today.

His father said his 9-year-old son died peacefully in his parents' arms at Hawke's Bay Hospital.

Aryan was jumping out of a toilet window at the school when his shirt got caught, causing breathing difficulties. He was placed in an induced coma and flown to Starship on May 25.

The school was left reeling after the accident, and shaken pupils were offered specialist support services.