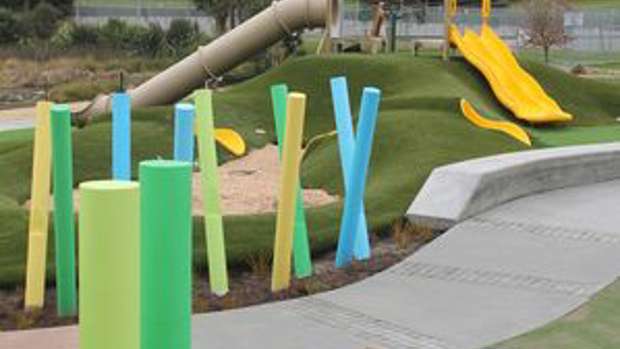 Minogue Park's new destination playground opened on Monday. Two dogs that had been exercised in the park in recent days have since died and a third became extremely ill. Photo / file

The death of two dogs that died suddenly after exercising at Hamilton's Minogue Park in recent days has prompted urgent action by Hamilton City Council and a warning to dog owners to keep their pets under close supervision in the area.

A council spokesperson said at this stage they weren't sure if the issue posed a threat to humans.

The cause of the animals' death is undetermined, but Ms Hailwood says Council staff are working with other agencies to establish possible causes.

An autopsy will be carried out on one of the dogs this afternoon.

"One thing we are confident of is that it's not due to any poisons or pest control baits we use," Ms Hailwood says. "We haven't got any pest control operations underway in this park at present, and when we do, we make sure there are signs up warning park users.

"We're advising dog owners to stay close to their animals in the park until we have some more information on this risk, and how it can be addressed."

Ms Hailwood says NIWA has been asked to undertake tests of the water in Minogue Park's Lake Rotokaeo to establish if there are any potentially toxic algae, bio-matter of other chemicals or compounds present.

Nearby residents or park users who have seen any suspicious behaviour, people or substances in the park are urged to contact the Council's Parks and Open Spaces Unit immediately.

"We'd appreciate any help the public can offer here - we're very concerned about this and we want to find out exactly what is happening as soon as we can," Ms Hailwood says.