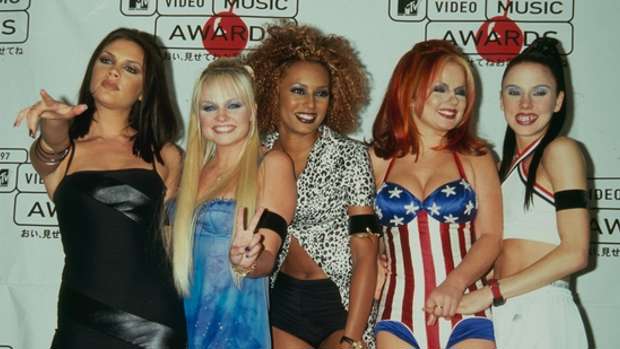 It's been 20 years since the Spice Girls' heyday.

And now Mel B - aka Scary Spice - has hinted that the inventors of girl power are set to reunite to mark the anniversary.

The singer, 40, said "hopefully all" of them will be celebrating 20 years since the release of their debut single Wannabe - which catapulted the five-piece to global stardom.

She added: "I think it's our 20th year next year so we're going to be doing something at some point with hopefully all of us.

"There's nothing like getting up on stage and performing live to your fans. So I'm always wanting that feeling back."

Her comments came despite reports last summer they would reform for an international tour without Victoria Beckham.

Known as Scary, Sporty, Baby, Ginger and Posh, their 1996 debut album Spice made them the fastest-selling British act since the Beatles.