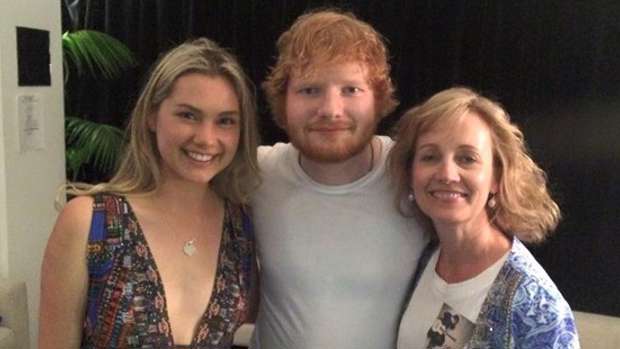 Pop star Ed Sheeran has helped to bring closure to the family and girlfriend of a young law student who died in a car crash this year.

Andrew Orr died in May when his four-wheel vehicle veered off the road in Oxford, North Canterbury.
Family and friends created a tribute to him with Sheeran's song, Photograph.

Mrs Orr said Andrew, who would have been 23 this year, and Sheeran, 24, both wore their heart on their sleeve.

She and Ms Crisp were greeted with a hug by the star and a big smile after winning backstage tickets through The Hits radio station.

Sheeran told them his team had shown them a copy of the video.

Mrs Orr gave him photos of her son and a greenstone paperweight as a symbolic gift.

"Greenstone is found in rivers in the South Island. Andrew grew up in Ruakaka [Northland] by the river and died by a river," said Mrs Orr.

"He [Sheeran] was very gracious about it."

She described the occasion as completing the circle.

After a brief meeting with the pop star, Mrs Orr and Ms Crisp joined family members for the concert.

Orr's girlfriend Caitlin had organised tickets to the show.

If you haven't seen the touching tribute, Check it out here