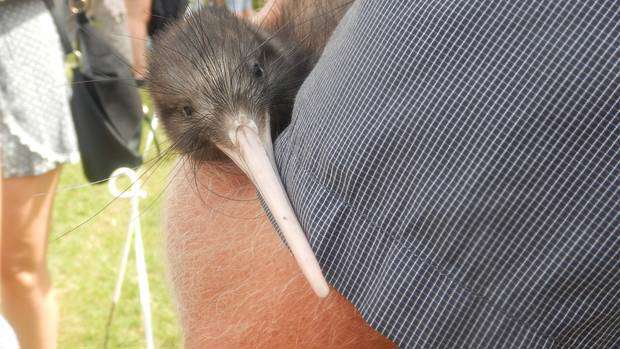 A Northland family have had a kiwi encounter they will never forget with a recently released bird traversing their lounge room floor.

Twelve adult kiwi were released into the Pukenui Forest near Whangarei, on March 17, and are being monitored for the next 12 months.

Since their release into the 3500ha forest the birds have been on the move with some venturing beyond the forest boundaries and one made it into a Maunu home on Easter Monday.

The homeowner was amazed to see a kiwi walking through her lounge.

"It was an insane experience," she said.

They managed to contain the wandering kiwi by closing the doors on a second lounge area.

The kiwi was carefully transported back to it's forest home by the Pukenui Forest Ranger.

More to come on this amazing encounter at the Northern Advocate