All Blacks halfback Aaron Smith has had to farewell his newborn son less than a week after being born as he heads off for the Rugby World Cup.

But he's already had to say goodbye as the All Blacks get together for Saturday's test against Tonga in Hamilton before leaving for the Rugby World Cup in Japan. 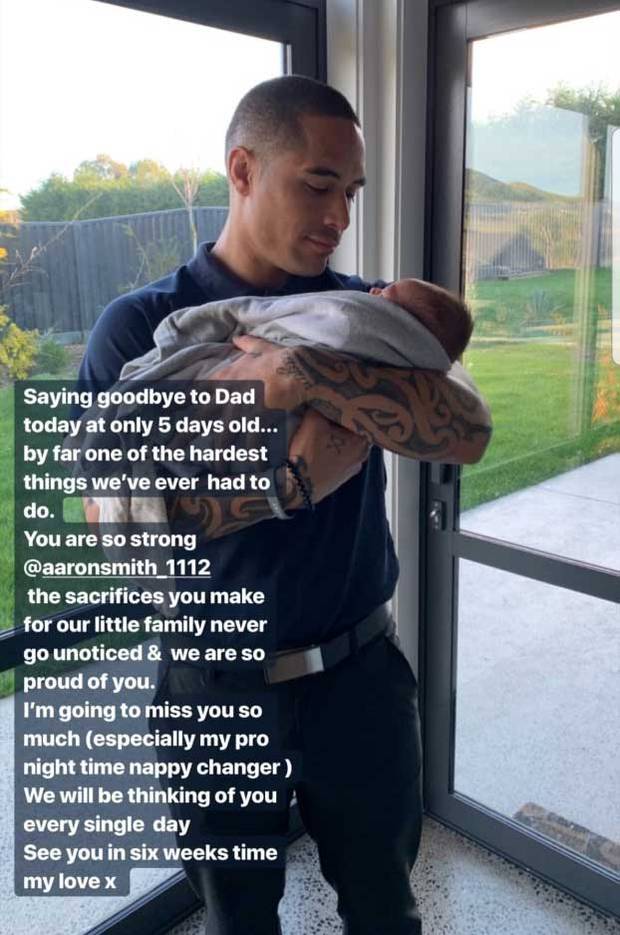 "Saying goodbye to Dad. Today at only five days old...by far the hardest things we've ever had to do," Voykovich posted on Instagram.

"You are so strong @aaronsmith_1112 the sacrifices you make for our little family never go unnoticed and we are so proud of you.

"I'm going to miss you so much (especially my pro night time nappy changer). We will be thinking of you every single day. See you in six weeks time my love," she said.

Smith announced the birth by posting a heartfelt picture to Instagram last week carrying his baby son, Luka, down a hallway in Dunedin hospital.

The pair announced their engagement in March while Smith was on an injury-enforced break from playing for the Highlanders.

After being part of the All Blacks side to lift the Webb Ellis Cup in 2015, Smith will be seeking his second World Cup title in Japan next month.