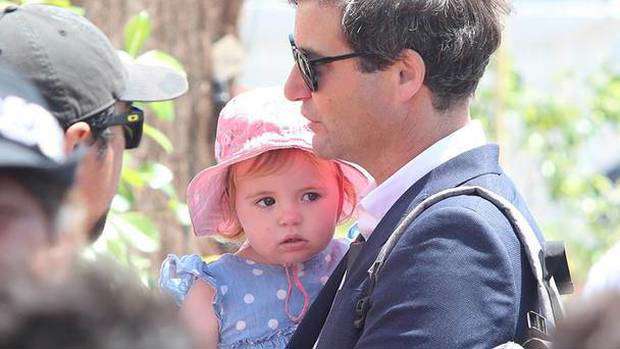 While her mum Jacinda is busy running the country, 2-year-old Neve Ardern has been spending more time with her dad, Clarke Gayford.

And today the fishing show host revealed Neve has been following in his footsteps with her interest in sea life - despite an adorable mix-up he shared on social media.

He shared photos of a cartoon shark and a whale to Twitter captioned with a conversation he had with the 2-year-old asking her to name the sea creatures.

Neve was quick to identify the shark, but called the whale a "GRANDPA SHARK!!"

Gayford's followers were quick to comment with the Baby Shark theme tune, with Gayford replying "Don't. Do. It".

Maybe it's time for a Baby Shark remix.

Keen fisherman Gayford recently revealed filming was back on for his show, Fish of the Day.

"I mean don't get me wrong I love my main gig at home with my small nearly 2-year-old shadow, but me oh my oh YES does it feel good to be out filming again!" he wrote on Instagram.

I mean don't get me wrong I love my main gig at home with my small nearly 2 year old shadow, but me oh my oh YES does it feel good to be out filming again! Fishing rod and fish and water and fish and rod and wilderness and outdoors and fishes. Sneaking a few days here and there for all new season FIVE of FISH OF THE DAY coming in October. #hardyflyfishing #browntroutflyfishing #Rotorua

Season 5 of Fish of the Day is coming in October.