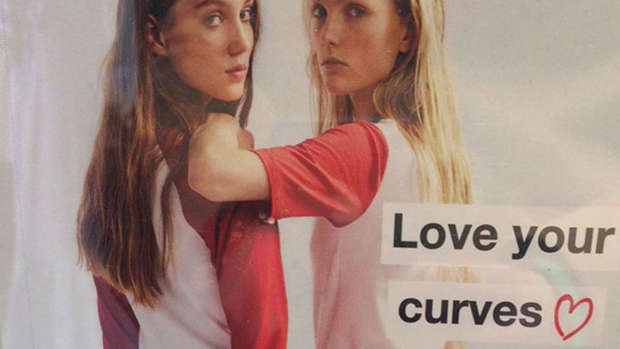 Shoppers are outraged after clothes retailer Zara used a picture of two slim models to promote its new denim line for curvy women.

The in-store campaign encouraged women to 'love your curves', but fashion fans were quick to point out the controversial ad features women who aren't exactly what we would call curvy.

Irish radio personality Muireann O’Connell spotted the ad in a store in Dublin, and tweeted her fury to her thousands of followers saying "You have got to be s******g me, Zara."

Her tweet went viral, picking up close to 8,000 retweets in under 24 hours, with social media angered and amused by the campaign's conflicted message.

All bodies are beautiful of course, but this is a curvy figure? Really? https://t.co/plg8KlJ0uw

ZARA DO YOU KNOW WHAT CURVES ARE pic.twitter.com/NjJaPnCNx2