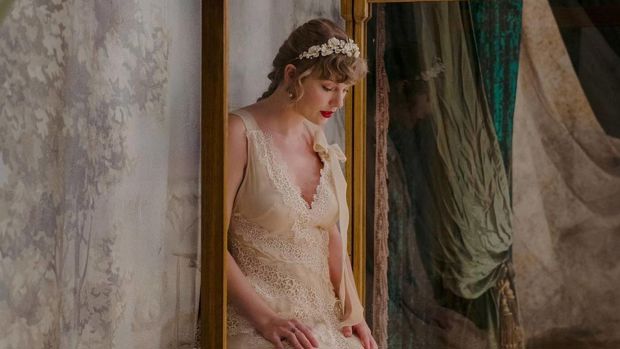 Taylor Swift has announced she's releasing an album to mark her 31st birthday - and fans think the singer might be celebrating another milestone.

The 30-year-old singer - who will celebrate her birthday on Sunday - will drop her ninth studio album Evermore at midnight (6pm NZ time) on Thursday to give back to her fans who have been "thoughtful" on her past birthdays.

And the photo she uploaded of herself wearing a lacy white dress and a flower crown sparked even more rumours about the possibility she'd gotten married in secret.

She wrote on Instagram: "Ever since I was 13, I've been excited about turning 31 because it's my lucky number backwards, which is why I wanted to surprise you with this now."

"You've all been so caring, supportive and thoughtful on my birthdays and so this time I thought I would give you something! "

"I also know this holiday season will be a lonely one for most of us and if there are any of you out there who turn to music to cope with missing loved ones the way I do, this is for you."

The surprise album release has been announced after the songwriter released 'Folklore' in July and she's dubbed the upcoming record a sister album.

Taylor wrote on Twitter: "To put it plainly, we just couldn't stop writing songs. To try and put it more poetically, it feels like we were standing on the edge of the folklorian woods and had a choice: to turn and go back or to travel further into the forest of this music. (sic)"

What's more, Taylor is set to release a music video for her single 'Willow' on YouTube and is "grateful" to those who have been able to help her develop the project amid the pandemic.

"Thank you to our medical inspector who made sure every precaution was taken for our safety. I'll see you guys in the YouTube premiere page chat before midnight to answer some questions. (sic)"