What began as a regular shopping trip for an Australian mum and her daughter quickly turned to panic for Hayley Skye Smith, after her toddler took a liking to a rack of hair accessories and jewellery.

"Amaia spotted the racks of headbands and coloured kids jewellery next to the isle of jackets I was browsing,'' Hayley told Kidspot.

"I let her have a look while I turned around next to her to look for her size. Kyra and Tohri were right beside her looking at all the colourful jewellery. 'Do you want that necklace?' Tohri, her aunt, asked her.''

While Smith was watching over her daughter, she said she didn't initially know what had caused her so much pain. 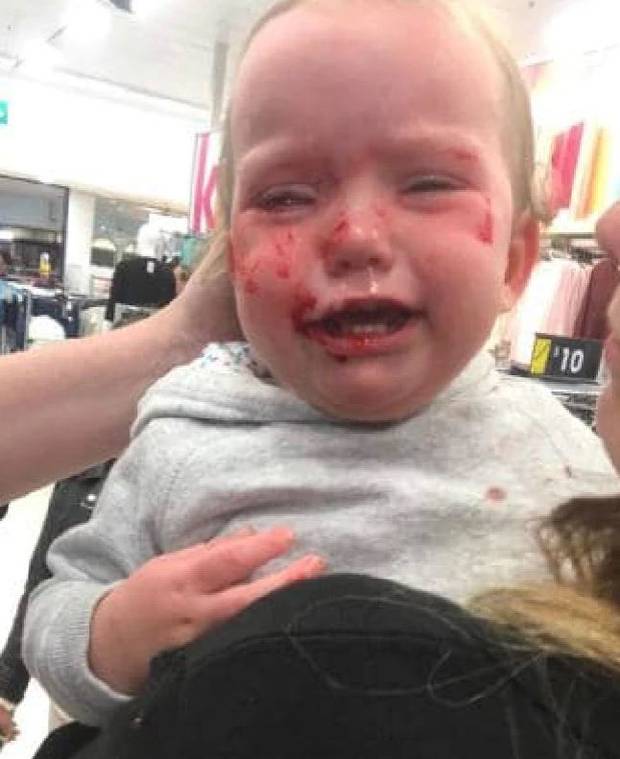 "As she leaned forward the metal prong on the end of the rack above had gone in her eye. I heard her crying and didn't know exactly what had happened until Tohri told me. I thought maybe she accidentally walked into the trolley but I was very wrong.''

When Smith picked her up, she saw that her eye was full of blood.

"Immediately I panicked and ran over to the young bag check boy a few short metres away."

She says he panicked too, unsure what to do as he watched blood pour from the little girl's eye and nose.

"My heart sunk to my stomach," her mother recalls. "So many things were running through my head. I thought maybe the prong could have gone as far as her brain and I was a mess,'' Skye Smith said.

As luck would have it, an accident and emergency nurse happened to enter the store with her children and was able to help. 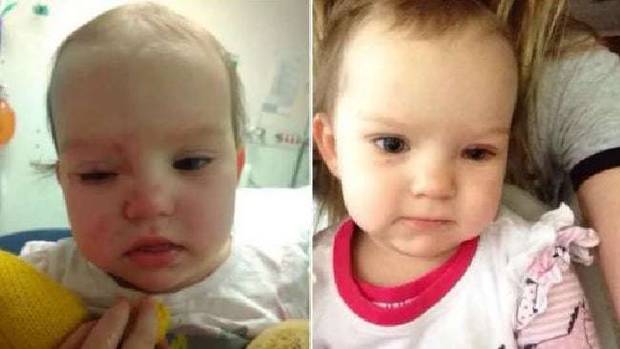 "She came over to us to comfort us. We looked at my daughter's eye and there was just a big blood clot over it and I screamed 'oh my god. I don't want her to be blind'. I was so scared. The nurse said 'she's not blind' but I was in shock over everything.''

Amaia, who had come round and was responsive again was taken to the hospital in an ambulance.

"She had to be wrapped in a blanket and held down so they could get a better look and see the damage. She was traumatised but they said her eyeball was okay and the metal prong had gone under her eyelid instead," Smith said.

Smith added that while she's thankful there's no permanent damage, she and her daughter were still shaken.

"For the next few days she had a swollen eye with bloody gunk come out but it didn't bother her thankfully. Her slightly purple eyelid is fading and her eye is back to normal now.''

Smith wants it to be a lesson to other parents, to make sure they're always supervising children during even the shortest shopping trip.

"I want my story out there so other people can be aware and not go through what I had to,'' she said.

A spokesperson for Kmart told Kidspot: "At Kmart we take safety extremely seriously. As with any incident of this nature, we'll look at whether there are any ways we can make the store safer and prevent an incident such as this happening to anyone else."