Within hours of touching down in Wellington, the Duchess of Sussex had Kiwi fans charmed as she opened her speech at a formal reception last night with a few words of te reo.

The 37-year-old former actress was welcomed with a thunderous applause at Government House, as she stepped up to speak about women's suffrage.

"Tēnā koutou katoa," she said before thanking Governor-General Dame Patsy Reddy for inviting Prince Harry and herself to the event. "We are proud to be able to join you tonight, in celebrating the 125th anniversary of women's suffrage in your country."

The Duchess made special mention of women in New Zealand who campaigned for their right to vote and how it was universally admired.

READ MORE:
• The internet is going crazy over Meghan Markle's glamorous bodyguard!
• The reason behind Prince Harry's displays of affection with Meghan Markle will break your heart!

"In looking forward to this very special occasion, I reflected on the importance of this achievement, but also the larger impact of what this symbolises," she said.

"Suffrage is not simply about the right to vote, but also about what that represents - the basic and fundamental human right of being able to participate in the choices for your future and that of your community." 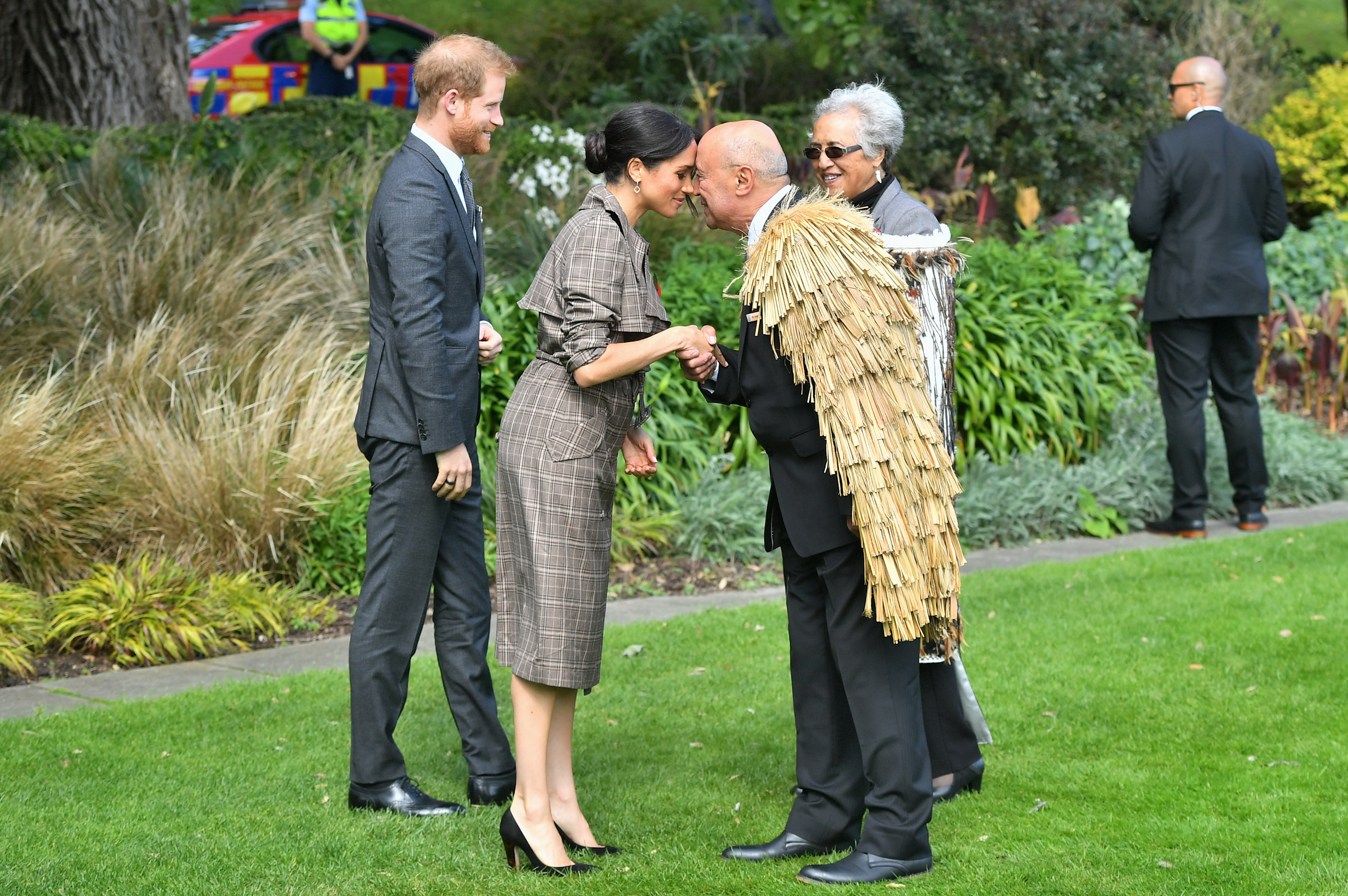 The Duke and Duchess will leave New Zealand on Thursday and are expected to fly home to the UK to await the birth of their baby.

October 30
• Travel to Redvale on Auckland's North Shore
• Join children in a gumboot throwing contest
• Visit Pillars, which supports children with a parent in prison
• Wander around Viaduct Harbour
• Reception hosted by the Prime Minister